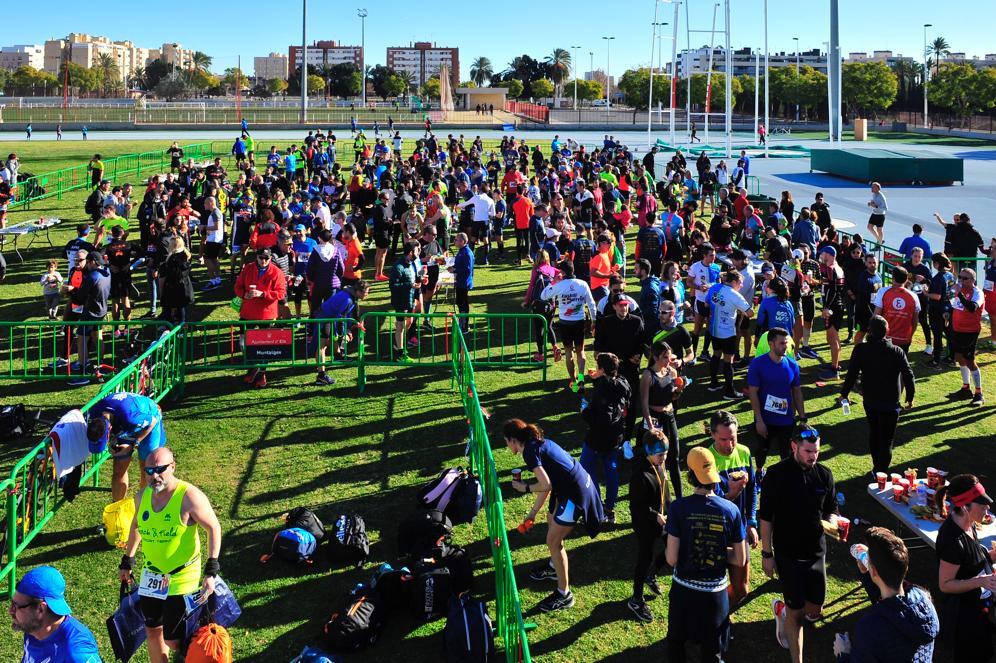 In Elche, the big winner was solidarity. Almost a thousand runners from the city, clubs from the province and even from other countries joined in the sixth sports meeting of the 'Club Rotary Illice', in the 10 km charity race which every year brings together allies, such as some 70 children who had their first children's race for the first time, in addition to the hundred volunteers who ensured that everything went well. This
is one of the first events in the sports calendar and has the charitable aspect, on the one hand, but also served to obtain funds for the participants of the 'Santa Pola Half Marathon', which is scheduled for the weekend
A little before ten o'clock in the morning, they all gathered at the Manolo Jaén athletics track. After the starting gun was fired, a route was started which ran along the 'Avenida de la Libertad' and ended up again in 'Ciudad Deportiva'. The sweat drops came to the background, the main protagonist being the smiles of the runners who were drawn on their faces when they remembered the reason for this event: people with mental disabilities who need help in the city.
The full benefits of this edition have been aimed at improving the living conditions of the users of the "ANOA-Elx" association, as well as their families and people with functional diversity, since they aim to standardise a vehicle so that users can travel in comfort and safety every time they go on an outing, bearing in mind that most of them have serious mobility problems and use wheelchairs. Every year, Rotary Illice allocates this aid to a different group such as the "Fundación del Proyecto Hombre" in 2019, where it was able to contribute to an extensive program with addiction to hallucinogenic substances. In other editions, with this race, helped entities such as DYA or Aspanias, to have a medical tent.
As for the race, in addition to increasing the participation figures with respect to previous editions, a record was also broken in terms of times. The Romanian Peter Hermann, exceeded the 10 kilometers in only 30 minutes and 19 seconds, five minutes later, the Danish Sissel Moeller took the first mark in the female category. The first riders to cross the finish line were Cristian Fernández and Sandra Hervás, while among others, the mayor, Carlos Gonzales.
The organization points out that the race is also consolidating outside the city, since 35% of its participants come from other places, a figure that is increasing every year in this race, which has a strong support of about twenty sponsors. On the other hand, the five children's races had a good response, as they encouraged the public who were waiting on the stairs for the arrival of adults, as well as promoting sport and solidarity at an early age.
Source: Diarioinformacion