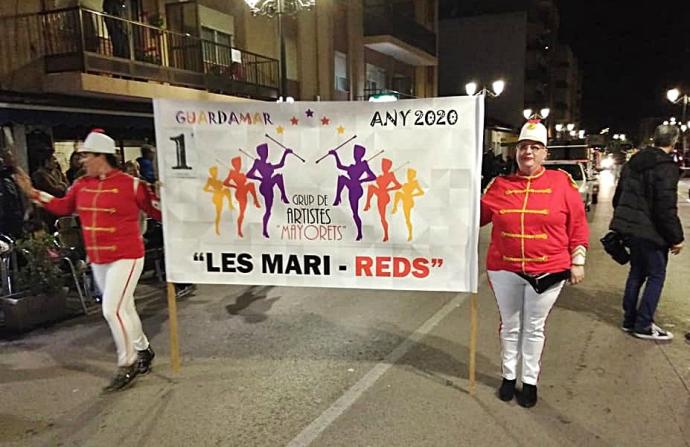 The main arteries of the town, Calle Mayor and Avenida País Valenciano were filled with colour and vibrated to the sound of music as they welcomed the lively costume parade once again, in which locals and visitors got involved to share the Carnival party. Last night's event distributed joy, originality and fantasy, shown in the show offered by hundreds of participants who danced and competed for the outstanding prizes of this parade/competition.

The show was even more brilliant with the choreographies and costumes made by some groups, such as the members of the Housewives Association of Guardamar del Segura, who make their costumes and always surprise with their handicraft works, which as always are awarded.

The carnival party also had its place for the little ones when the children's parade was held on Sunday afternoon, in which a large crowd of children accompanied by family and friends took part. The children wore characteristic costumes of their favourite fictional characters and walked around with giant dolls that livened up the event. A parade started from Plaza Jaume II to Plaza de la Constitución in the Town Hall, where a traditional snack was offered: mona con chocolate, which ended up sweetening the great Carnival celebration.

Other towns in the Vega Baja region, such as Benejúzar, Rojales and Cox, also enjoyed this great event this weekend, which is experienced in the streets in fancy dress and takes place immediately before Christian Lent.