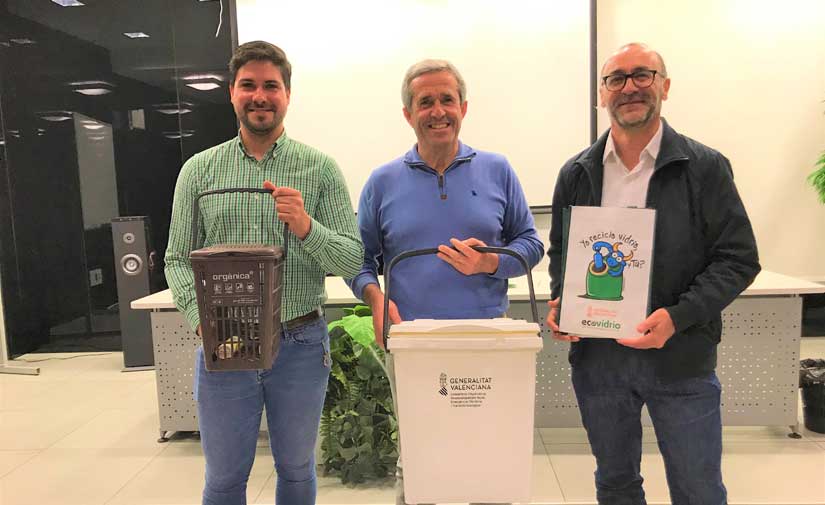 Neighbors of the San Isidro neighborhood, in the municipality of Pilar de la Horadada, have held a meeting with the mayor, councilors, municipal technicians and the service of STV Management, to learn the details of an initiative that is a first step to implement in the town the Comprehensive Waste Plan (PIR) approved in April last year by the Generalitat Valenciana.

The councillor for the Environment, Pedro Miguel Moya, points out that "the 'door-to-door' waste collection will be carried out in this first phase in the streets of the San Isidro neighbourhood of Pilar de la Horadada starting next March, and will consist of the residents taking their waste to the doorway of their house in the bins prepared for this purpose four times a week". The door-to-door system is part of the transition to a new management model that aims to "reduce waste at source and prepare the remaining fraction for quality recycling" concluded Moya, who also thanked the residents of the San Isidro neighborhood, who will be pioneers in the 'door-to-door' system at the regional level.

The collection of the organic fraction, which has to be deposited in compostable bags, will be done on Wednesdays, Fridays and Sundays. On Tuesdays, glass will be collected (without caps) and the rest of the waste that does not go to recycling containers such as cigarette butts, pens, toothbrushes, etc. On Wednesdays and Sundays containers (crushed to reduce volume). And on Fridays, paper and cardboard (the latter always well folded). This means that the containers disappear from the street and at the same time favour the recycling of the rest of the waste generated in the homes.

For its part, the councilman of Public Services, Adrian Lopez, thanked the concessionaire STV Management for their involvement with the project, because they have been responsible for preparing the visual materials so that all information is available in households that will begin to make this type of waste collection, as magnets for the refrigerator, calendars with the days of collection and type of waste and explanatory brochures. López explained that "the residents of the San Isidro neighbourhood already have all the necessary elements with the explanations on how to set up a collection system that seeks to put us on a par with European countries that have been applying it for years" he explained.