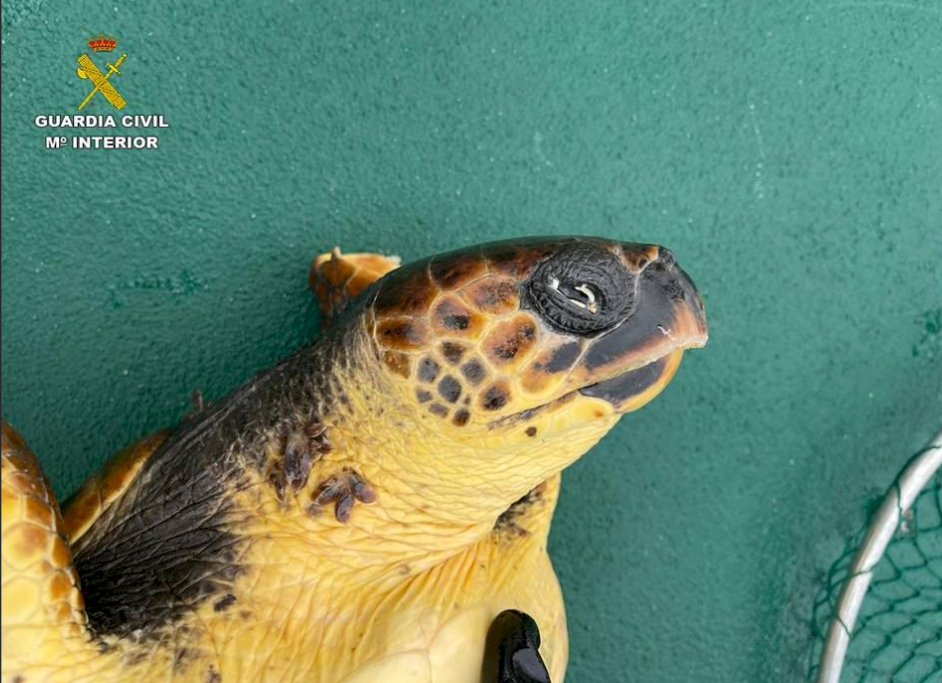 Special agents from the “Servicio Marítimo de la Guarcia Civil” spotted this turtle, during a routine surveillance, just in front of the coast of Pilar de la Horadada.
They could see clearly that the animal had problems to swim and dive as it normally would because it was just floating in the Surface of the wáter, so they picked it up.
Then the turtle was taken to the Santa Faz (animal rescue and treatment) vet station where all its injuries are being healled, awaiting for the Valencian “OCEANOGRÁFICO”.  A special center which specialises in the conservation of marine animals, where the turtle will be cared for, just before beeing released to the mediterranean sea again.