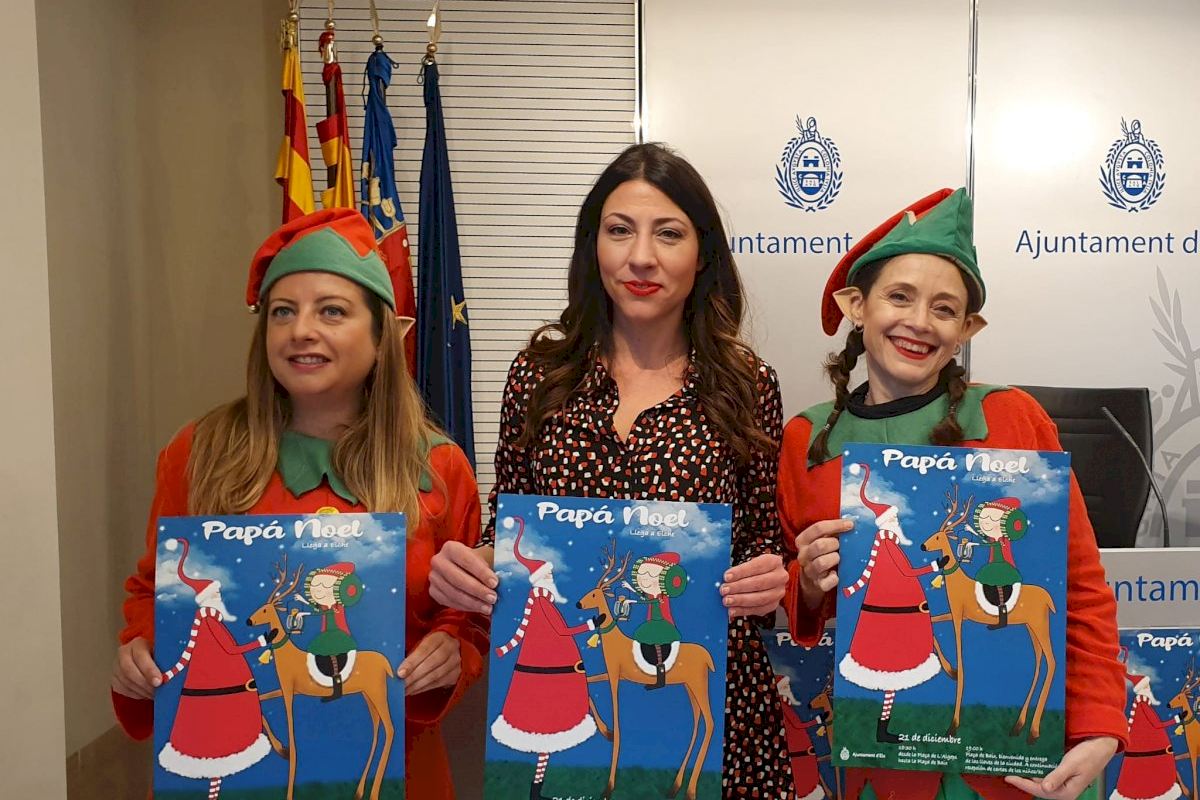 The moment most awaited by the little ones came. Santa Claus and his helpers visited the streets of Elche with a big parade that took place in the Plaza de las Chimeneas. According to Mariola Galiana, the person in charge of the festivities, in a press conference, the tour went through streets like Jorge Juan or Reina Victoria until it reached the Plaça de Baix where the mayor received Santa Claus and handed him the keys of the city so that he could reach all the homes of the children of Elche.
They also pointed out that "on 22, 23 and 24 December, the youngest children will be able to go to the Santa Claus booth, which is installed in the Paseo de la Estación, where a series of Christmas manuals and workshops will be held.
Source: El periodic