Torrevieja dresses up for Christmas 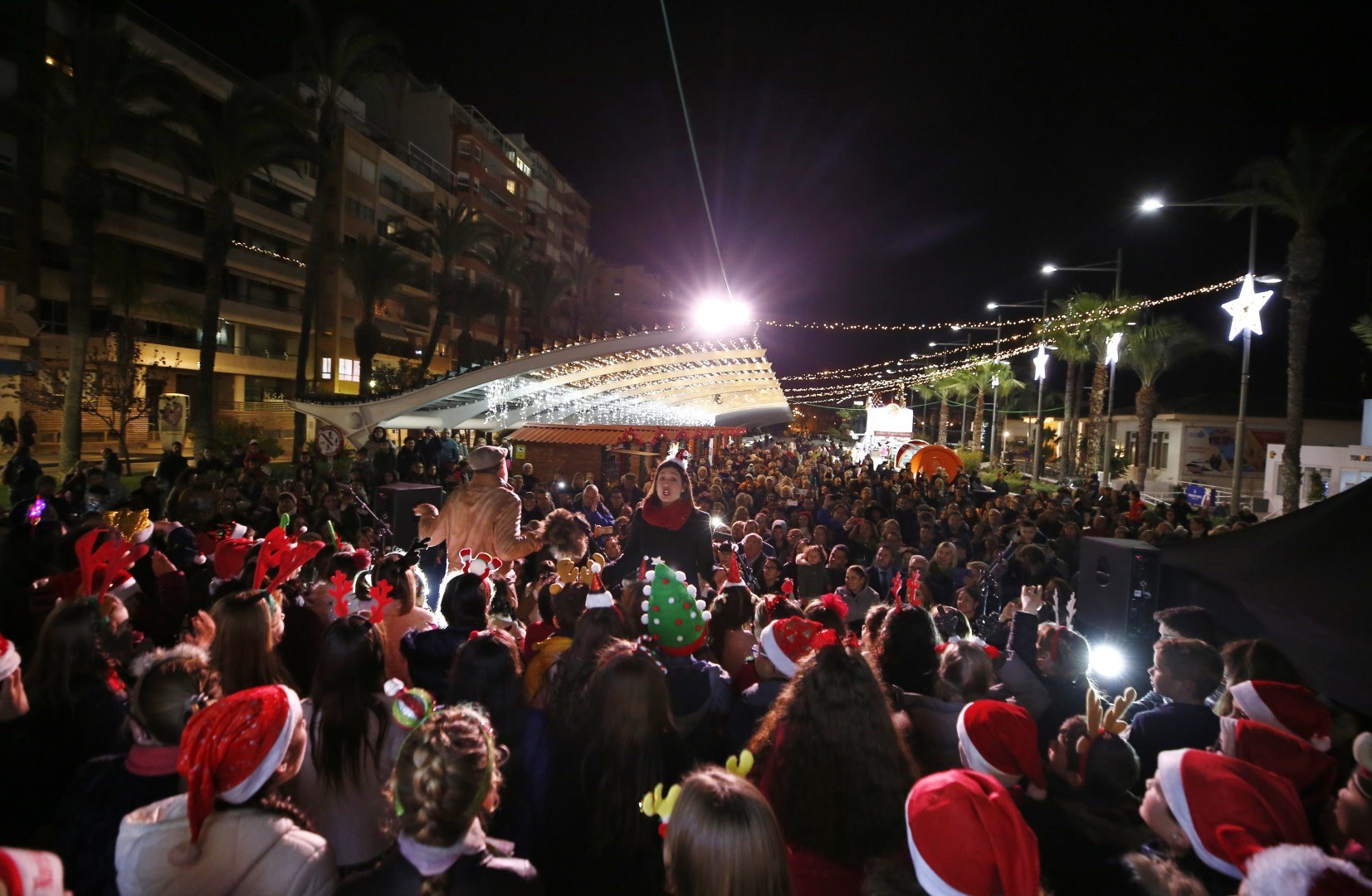 Christmas arrives to Torrevieja and you can notice it, especially in the atmosphere that is recreated when numerous choirs, soloists and instrumentalists take the stages placed all around the city, in which the Christmas activities are developed.

Thus, last Wednesday, within the campaign "Christmas Carols in the Square" the singing choir called "La Purisima" performed a beautiful act, where they sang the popular Christmas carols and others that excited all the spectators.

On 20 December, on the same stage, the "conservatory choir" performed. Wearing Christmas hats and directed by Sabina Martinez, they filled the square with music and laughs.

All the performances had a fantastic reception, giving torrevieja joy with its music notes and together with the illumination, it fills us with an embracing Christmas feeling.