Vila Joiosa is not to be missed. One of the most beautiful places on the Costa Blanca 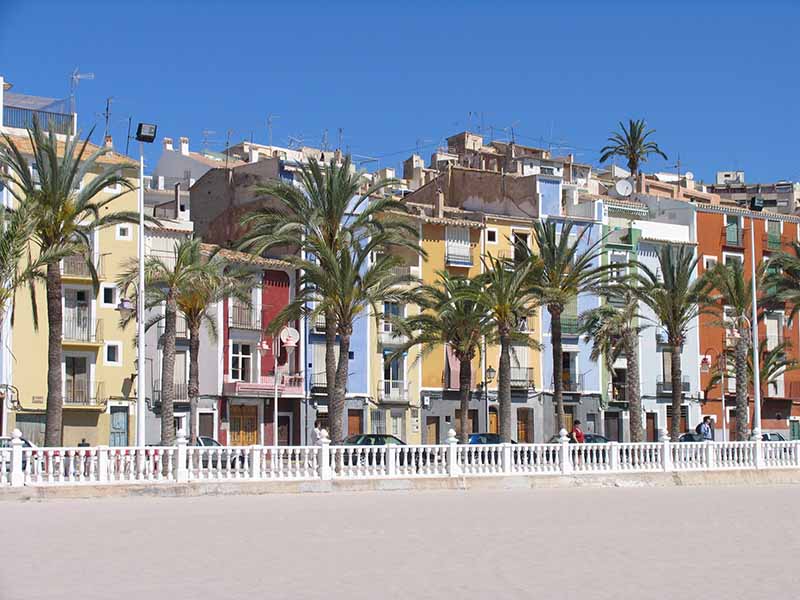 La Vila Joiosa, or Villajoyosa, is a beautiful fishing village famous for its beautiful façade of brightly painted houses, which were once the homes of its fishermen, and which, together with its promenade, form one of the most beautiful and most photographed postcards of the Costa Blanca. La Vila has one of the best-preserved historic quarters on the Valencian coast, the result of a commercial and seafaring town that has defined its particular architecture.

Capital of the Marina Baixa, La Vila Joiosa, also known as 'La Vila', begins to make out the peaks of the Aitana and Puig Campana mountain ranges, a barrier that defends the region from the north winds and allows you to enjoy very pleasant temperatures all year round, and numerous hiking routes for mountain lovers.

For those who want to escape from the bustling and overcrowded tourist towns, this small town is the ideal place. Its beautiful old town, bathed by the waters of the river Amadorio, has the church-fortress of Nuestra Señora de la Asunción, in late Levantine Gothic style, surrounded by its multi-coloured houses, a symbol of this municipality; a tradition from ancient times, when the fishermen arrived at the port and wanted to quickly identify their home. A colourful postcard that has survived to the present day thanks to its people, who have managed to preserve it and promote it for tourism.