One thousand runners participate in the 100 km of the Transilicitana through Elche.  Hundreds of runners and walkers spend 24 hours following the established route, which crosses beautiful paths and paths. A test that transcends sport and that only the bravest and most prepared will be able to complete. 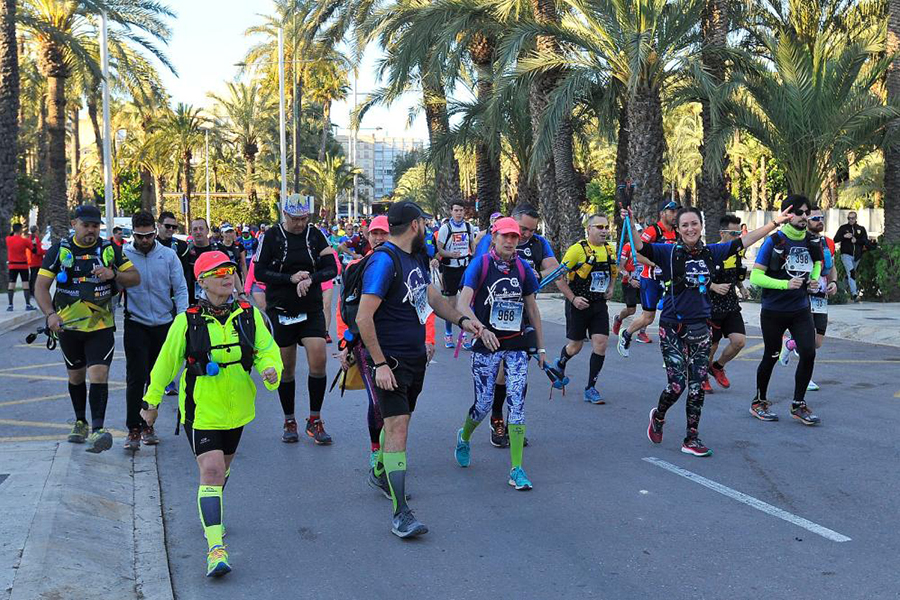 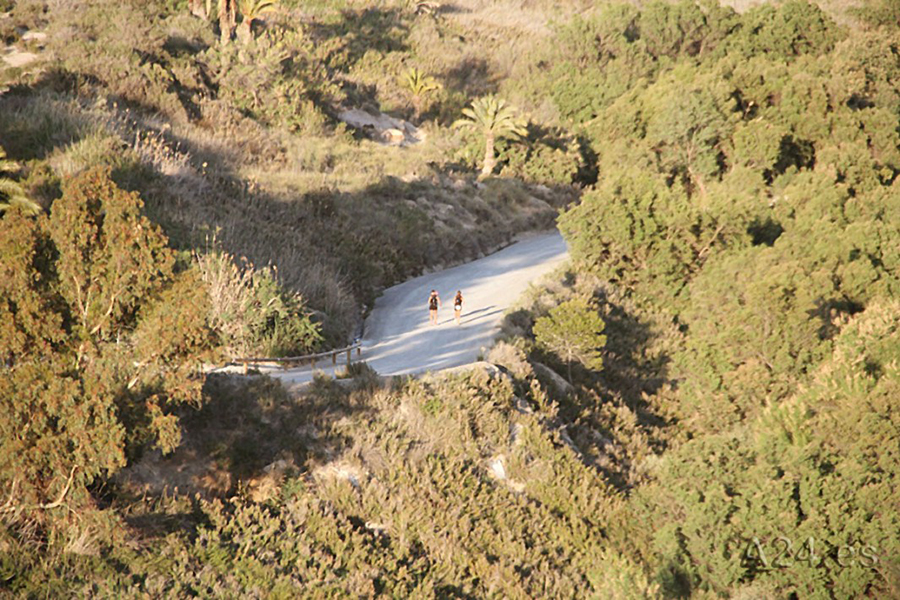 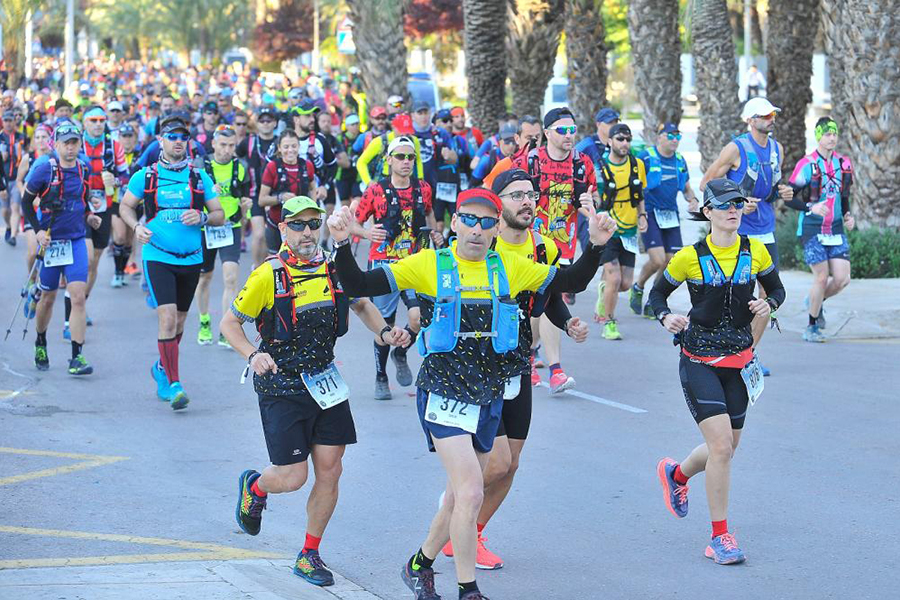 April and its Holy Week

We can frame the beginning of the Holy Week processions in Elche at the end of the 16th century, placing its oldest antecedent in 1581, where there are documentary references in which it is stated that in that same year is founded the Brotherhood of the Blood of Christ, which had its headquarters in the Chapel of the Hospital de la Caridad de la Villa. This brotherhood incorporated various images to its heritage, specifically, a Christ Tied to the Column, the Ecce-Homo and a Christ of Nazareth, later and in the aforementioned sixteenth century to complete the scenes of the Passion, in the Good Friday Procession, was incorporated the Image of the Virgin of Solitude, patron saint of the nobles of Elche and the Image of the Holy Christ who was venerated in the Church of Santa Maria. 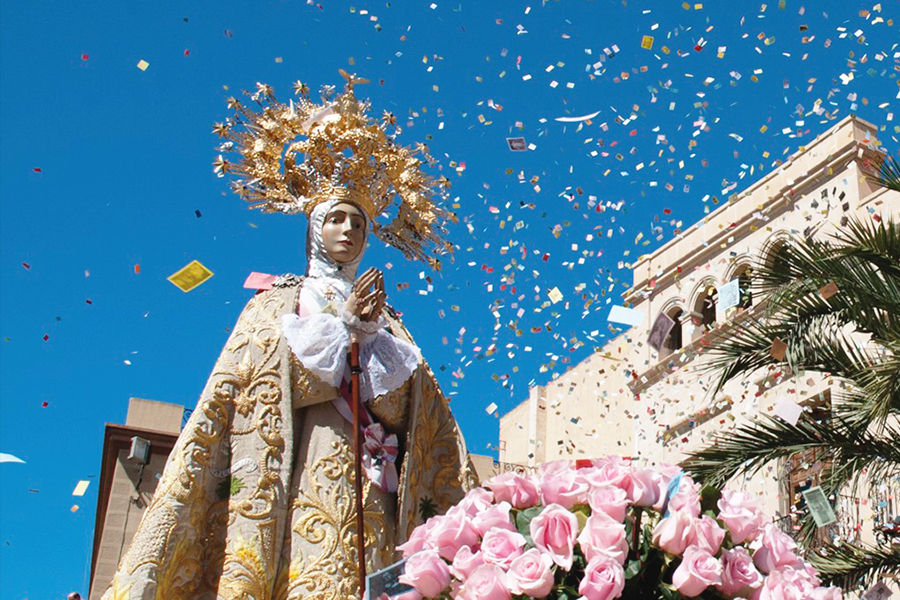 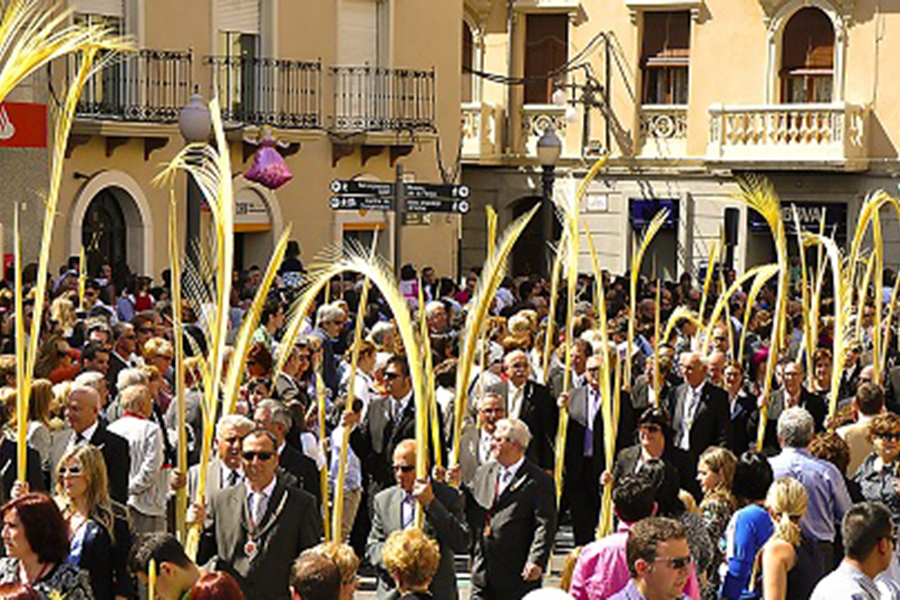 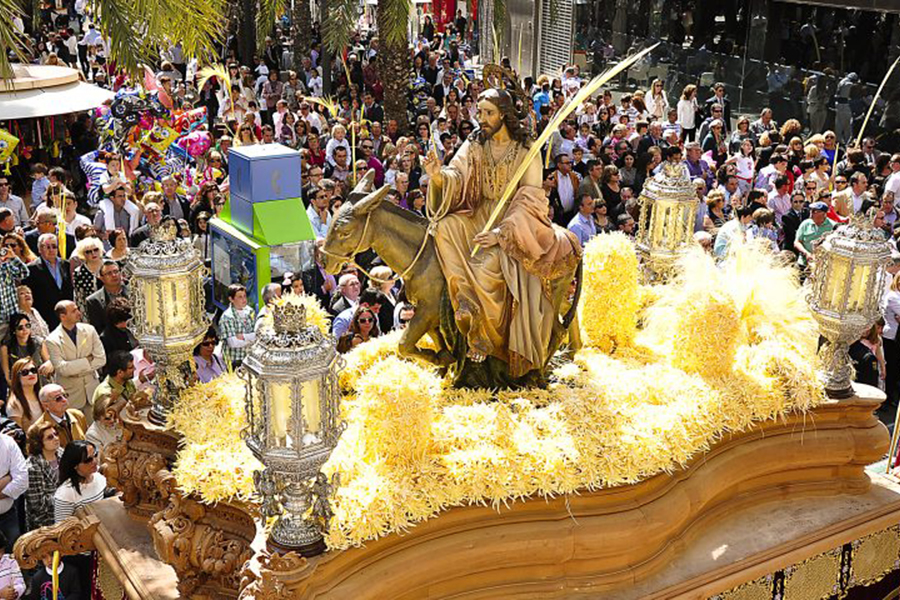 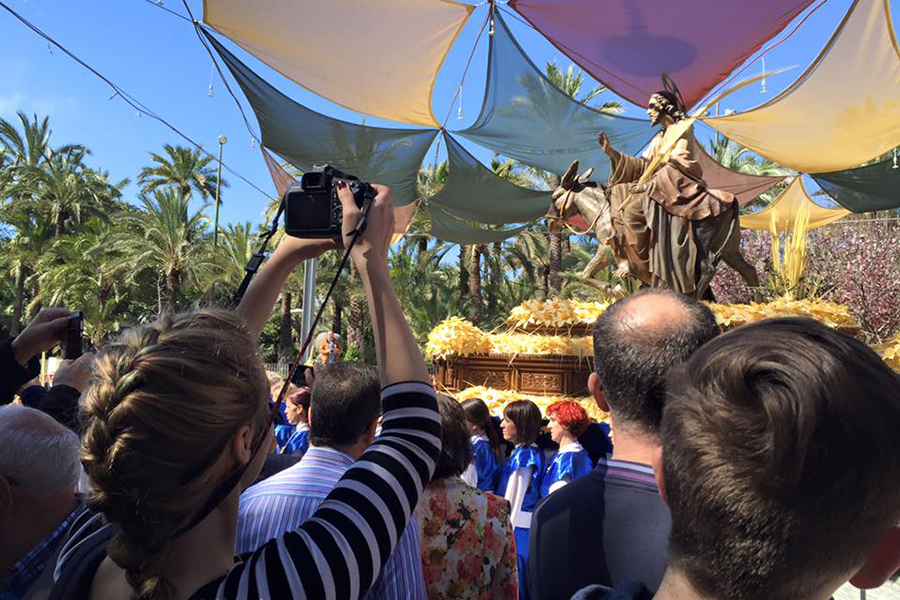 These festivities begin with the entrances of both sides, Moors and Christians plus the embassies.

This festivity has been documented in Elche since 1744 and withsuccessive modifications and absences it has reached our days. With its present form it is resumed in 1978 when the Asociación Festera de Moros y Cristianos (Moors and Christians Festive Association) is created. In that year the first festivity is held in August in honour of the patron saint of the Association, the Virgen de la Asunción (Virgin of the Assumption).

La Nit de l'Albá is a celebration that goes back to the Middle Ages. Hundreds of generations of Elcheans have celebrated near midnight on 13 August, an extraordinary dawn, an unusual dawn that takes place in the sky of the city. It is customary for residents and visitors to come to the terraces of the buildings at 23:00 hours on the 13th, to contemplate and participate in the pyrotechnic spectacle in which the whole city collaborates by firing rockets and fireworks in honour of the patron saint and in memory of loved ones. The show culminates at 24:00 h with all the lighting turned off, while the large Virgin Palm Tree or Maredeu Palm Tree is launched, causing a sunrise that illuminates the city for a few seconds. It is a typical custom among neighbours and friends to eat a watermelon at the end of the show.

The night of August 14th and the early morning of the 15th is "La Roá". It is customary to watch over the death of the Virgin, which took place during the celebration of the "Vespra" of the Misteri, and for this thousands of people procession throughout the night and dawn through the streets of the center with lighted candles. The city does not sleep that night, because in addition to the religious celebration, there is a "march" in the streets, with music and a festive atmosphere. 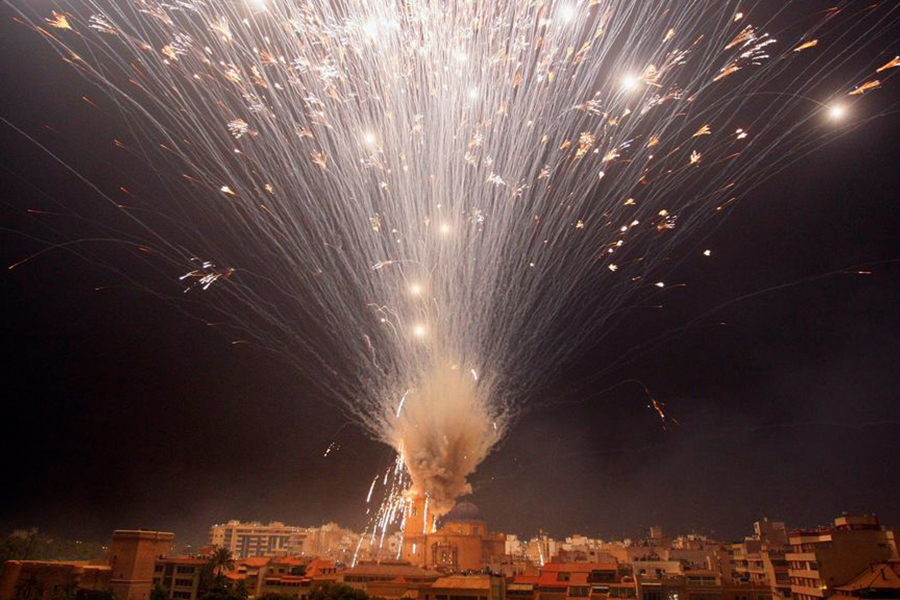 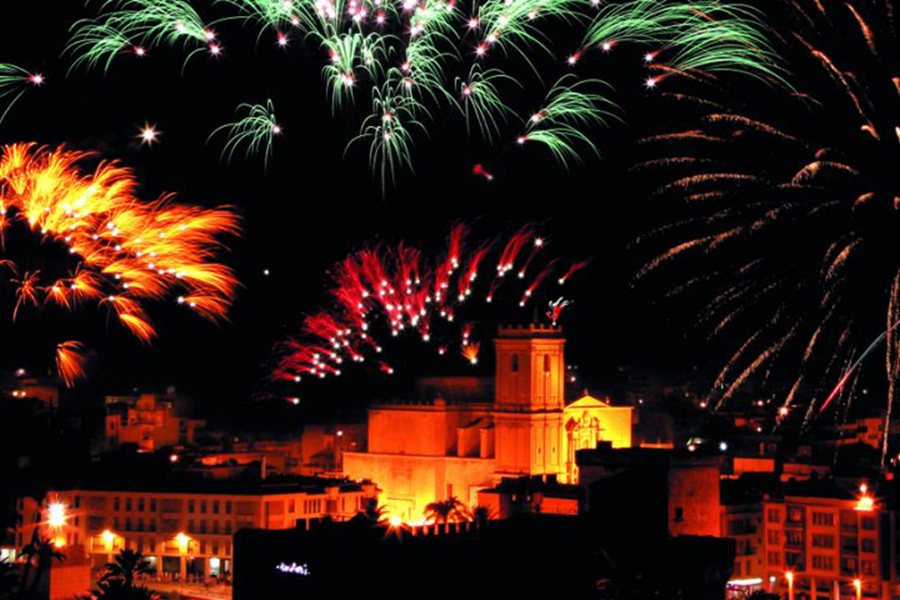 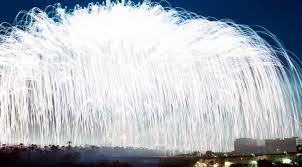 During this month, the city is dressed in medieval. There are markets of handcrafted products, different activities are celebrated in the squares, etc:

MUSIC: "THE MEDIEVAL DANCE OF PLECTRUM" 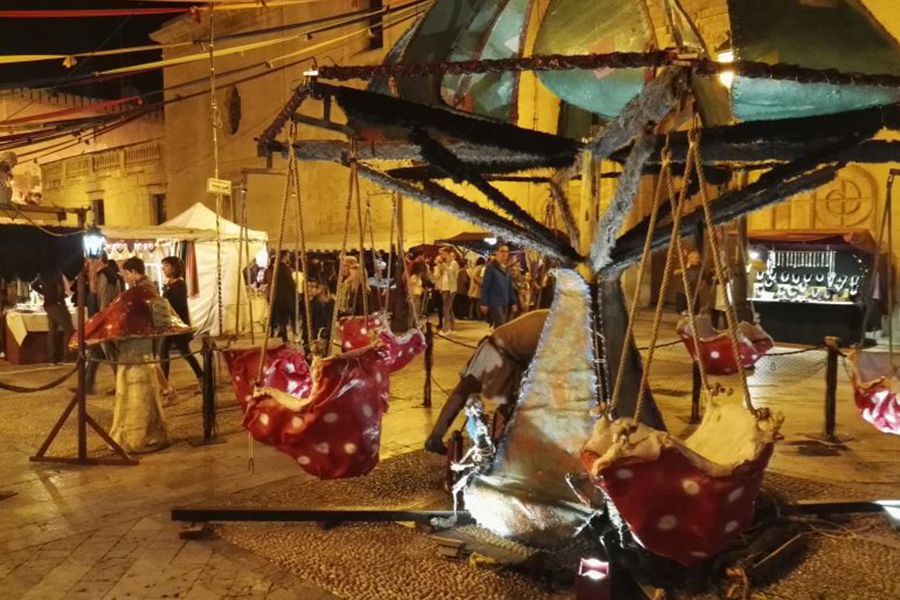 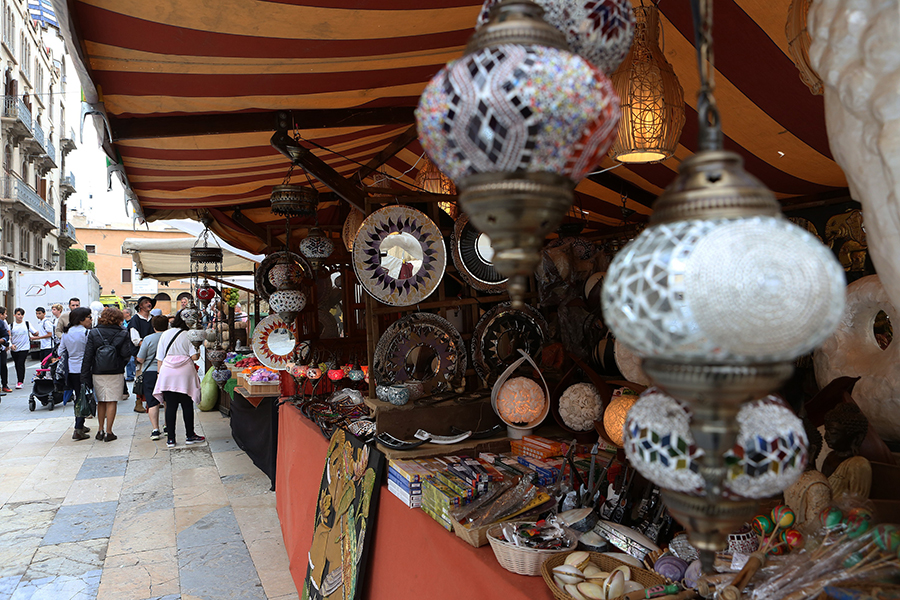 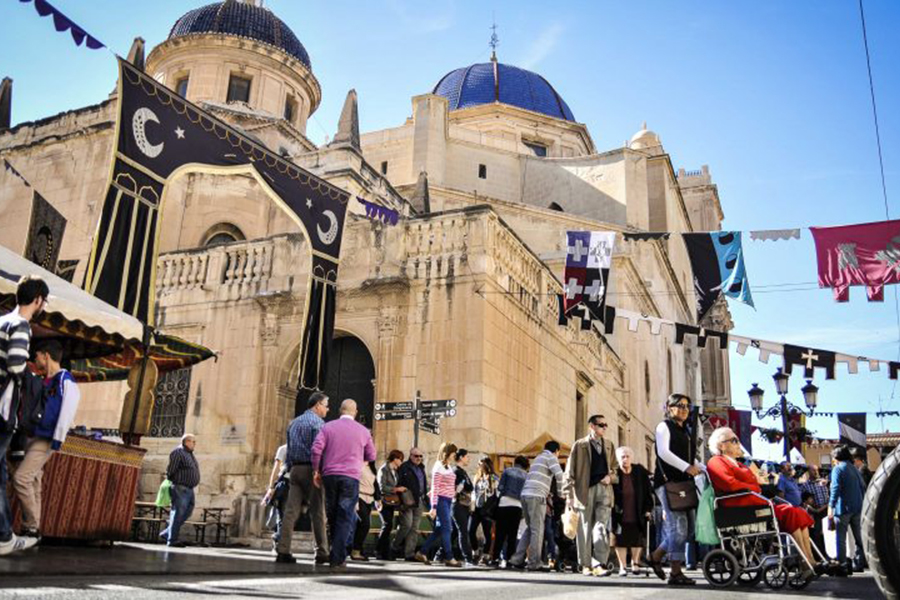