Named like this for its predominant formation of gravel, located in the urban center of the town. Its occupancy rate is generally medium and it is about 290 metres long.  Each year it is awarded with the blue flag.

The water in this area is usually characterized by various colors from sky blue to transparent.With beautiful views of the jetty and the cliffs that enclose the beach. 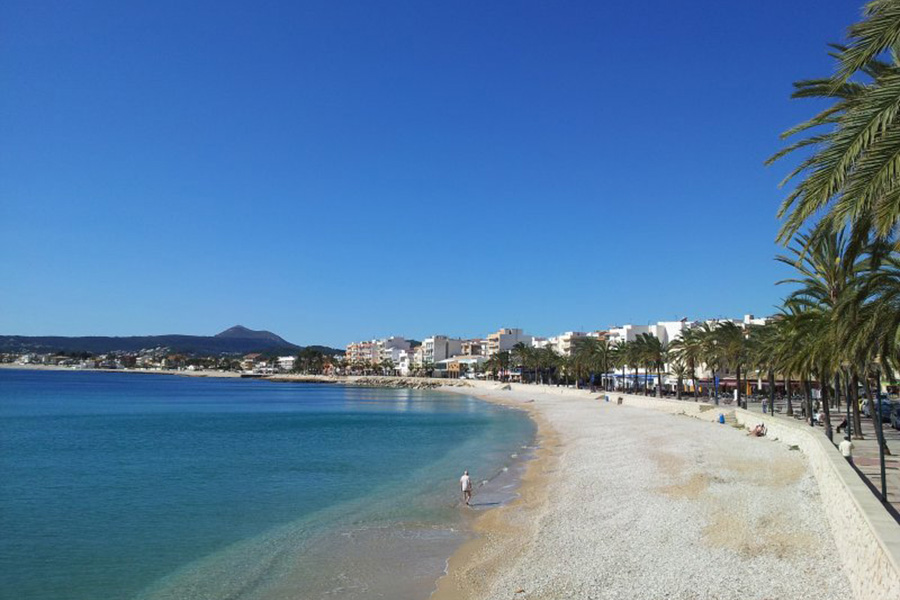 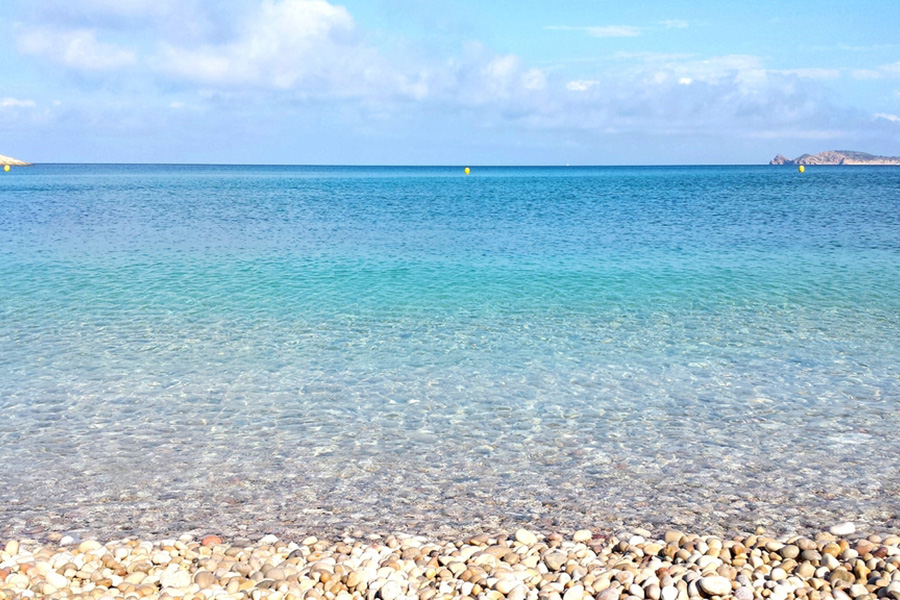 With calm waters this beach of gravel and pebbles extends from the mouth of the river to its neighboring beach "El Arenal".

Considered semi-urban, it is open to the sea and receives its name due to a house on the same beach belonging to a citizen of the municipality, "Benissero".

It is less than two kilometres long and is mainly divided into an area of gravel and another of rocky formations. 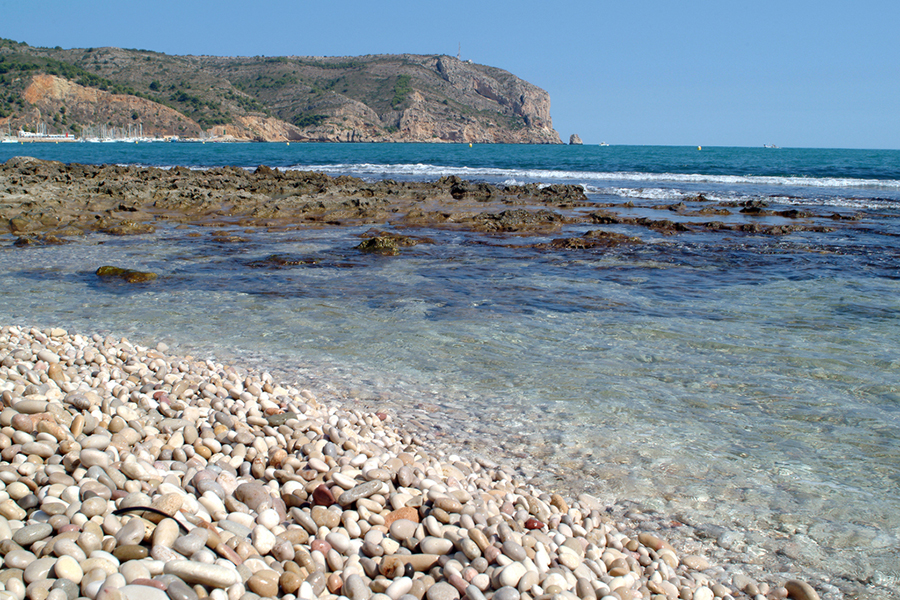 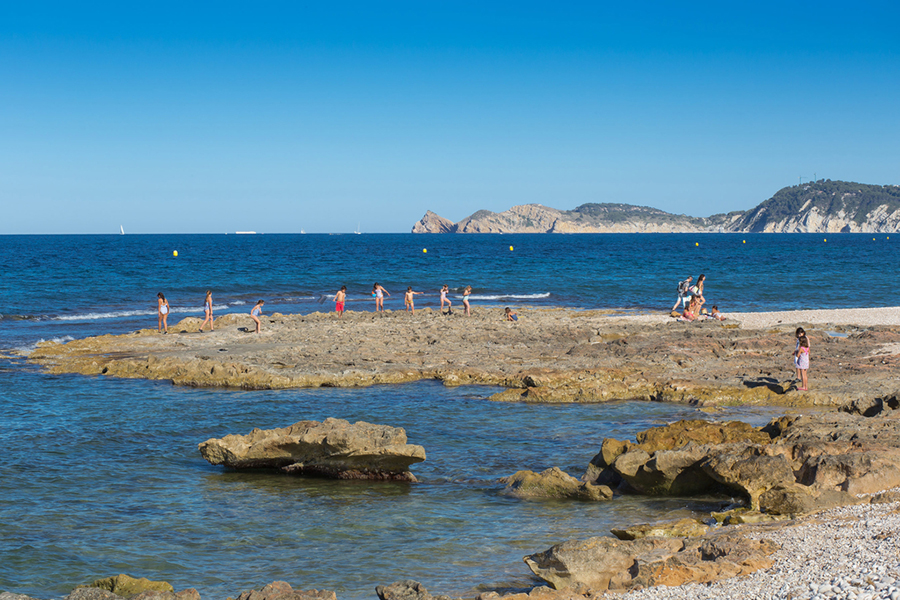 A beach of considerable size, made up of golden sand and calm, clear waters. Located in the centre of town in the bay of Xábia.

Probably the most famous in the town and has an incredibly high occupancy rate in the summer season.

With almost 500 meters, the beach offers several services to its visitors such as children's playground and hammocks and loungers.

Year after year this beach is awarded the blue flag for its quality. 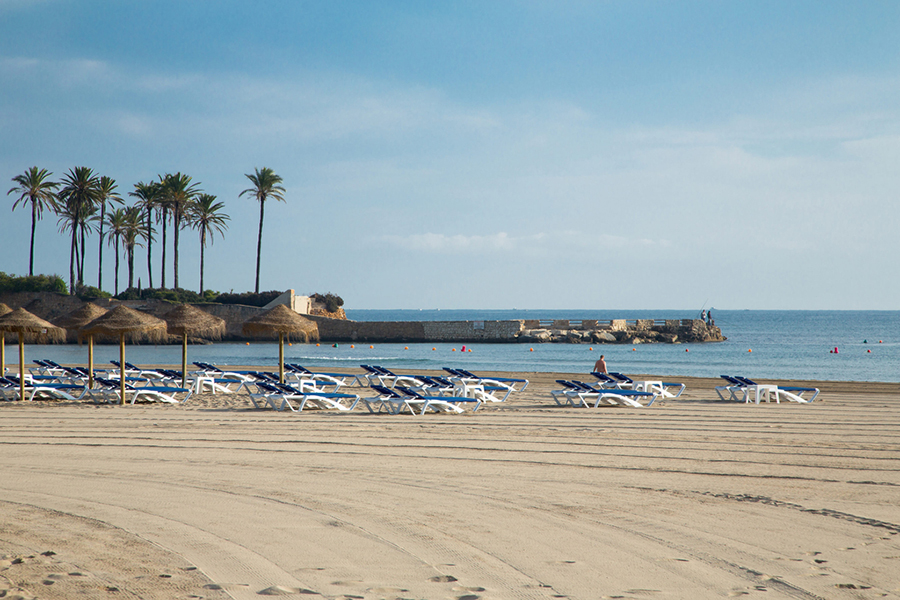 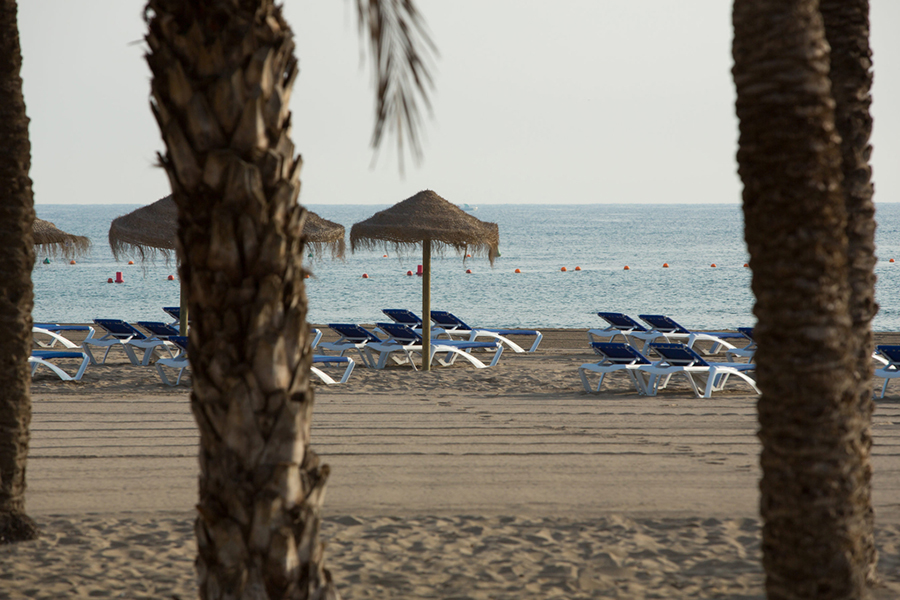 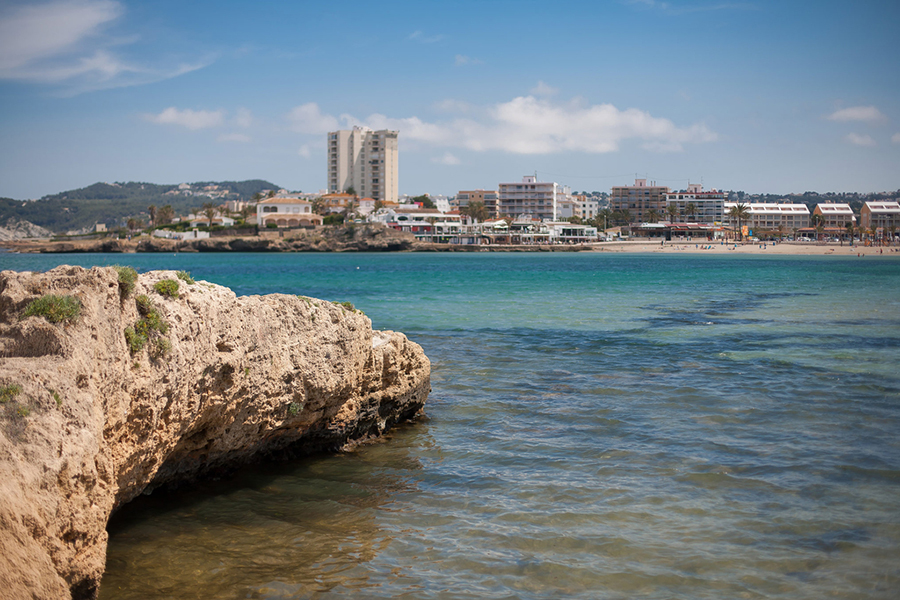 Beach with steep edges and rocks that does not present the best place if what we are looking for is a relaxing bath. The coastline is formed by sharp stones and coarse rocks.It has a beautiful viewpoint from which we can see the beauty of this stretch of coast.

Due to its characteristics it usually has a generally low occupancy rate. It is an area more focused on fishing or diving. 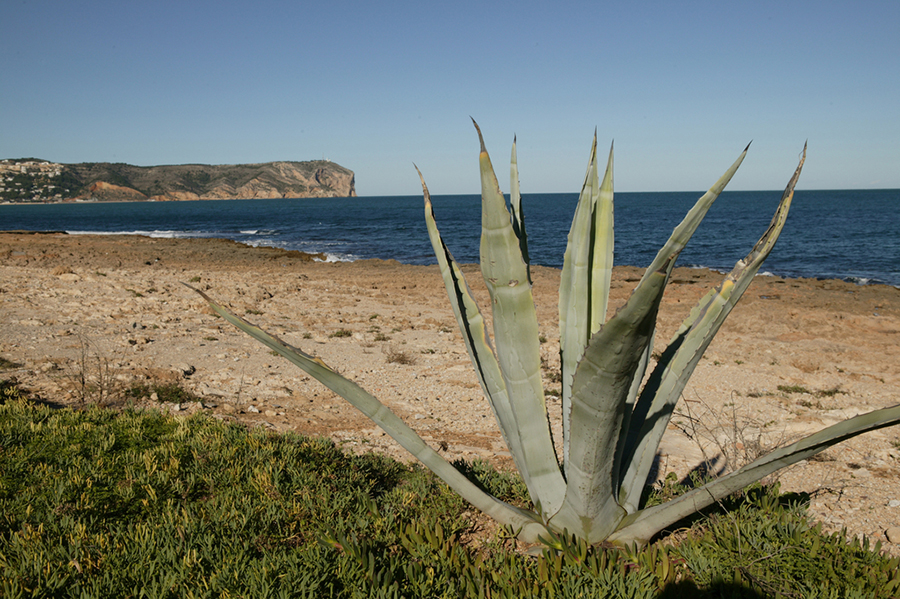 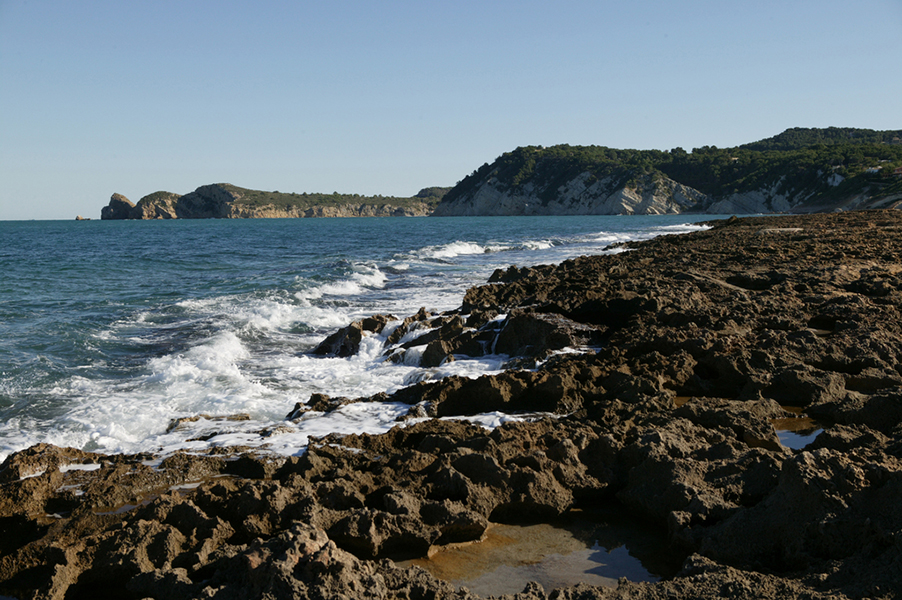 It is composed of two glued coves that are joined through the formation of coastal stone. Its cliffs form light colours from which the name was created.

Waters generally quite calm, with water areas closed off and isolated from the sea, which are generated between the rock formations.  This creates improvised pools where children can have fun without any danger.

It usually has a medium occupancy rate.

Wild cove of gravel and rock of about 75 meters. With a small stretch of walk from which you can access the Mirador de Cala Blanca.

Formed by gravel, pebbles and rock. It presents a small breakwater towards the sea that acts as a protection and makes its waters calm. 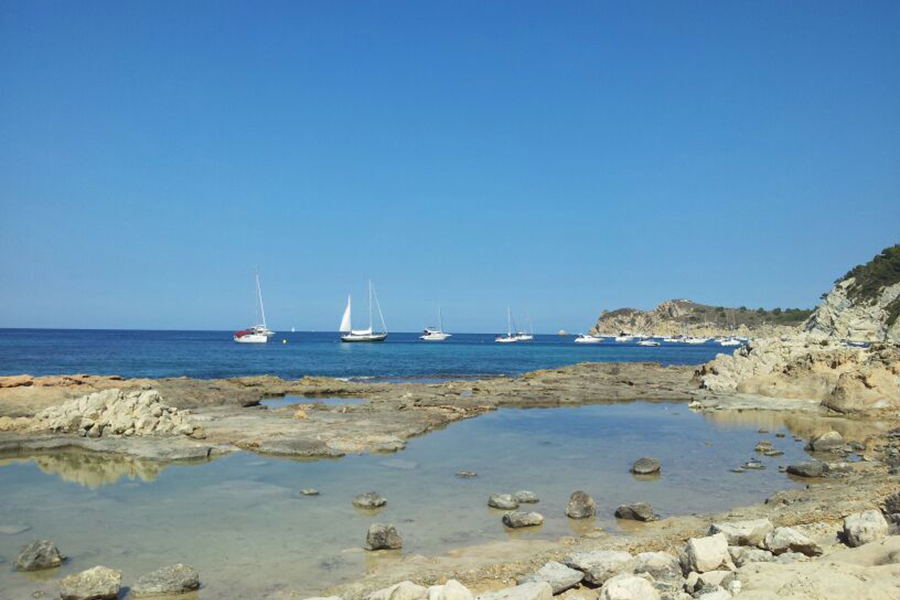 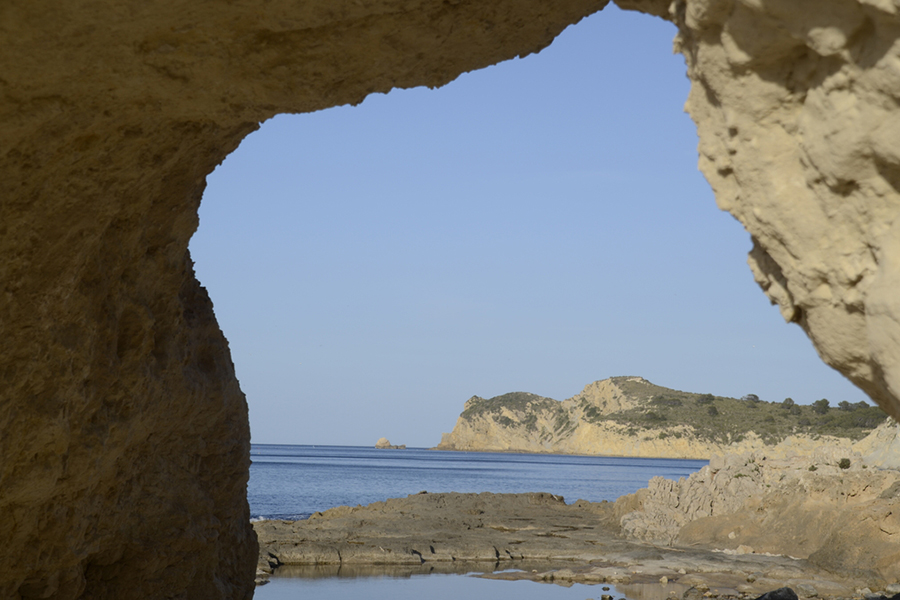 Beautiful and cozy virgin cove formed of gravel and small stones, located in the northern part of Cap Prim. This cove can only be reached on foot after crossing a path.

The cove is surrounded by wild and pure nature, where sardines used to be fished (that is why the name of the cove is Sardinera).

Very little frequented and with 200 meters of peace and tranquility for those who want to enjoy it. Beautiful rustic cove formed by rock and gravel that is between the Cap Prim and Negre. It has an average occupancy rate throughout the year and even in summer. It is 1km long and can be reached by car or on foot from La Cruz and the Portixol viewpoint.

In front of the cove is the imposing island of Portixol, which has a high archaeological and botanical interest. 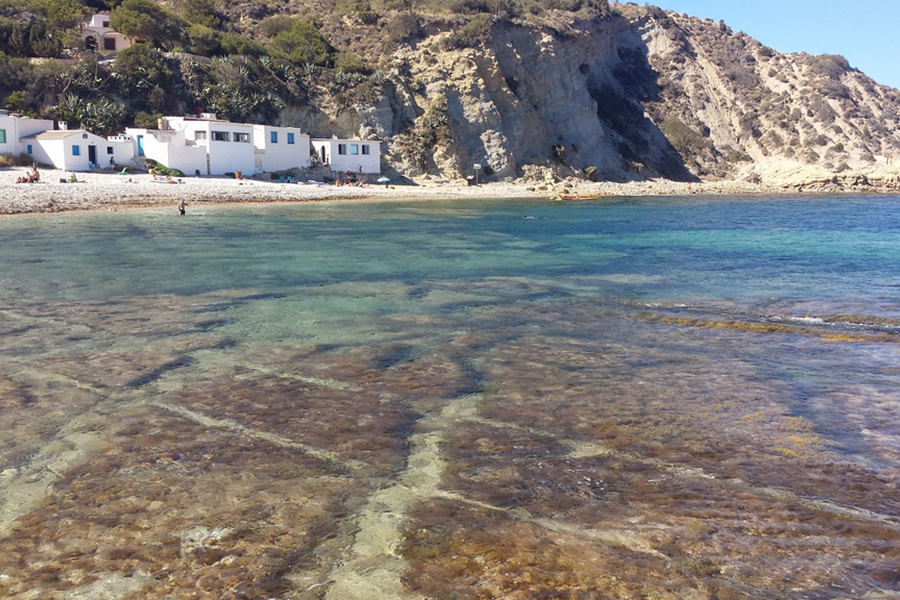 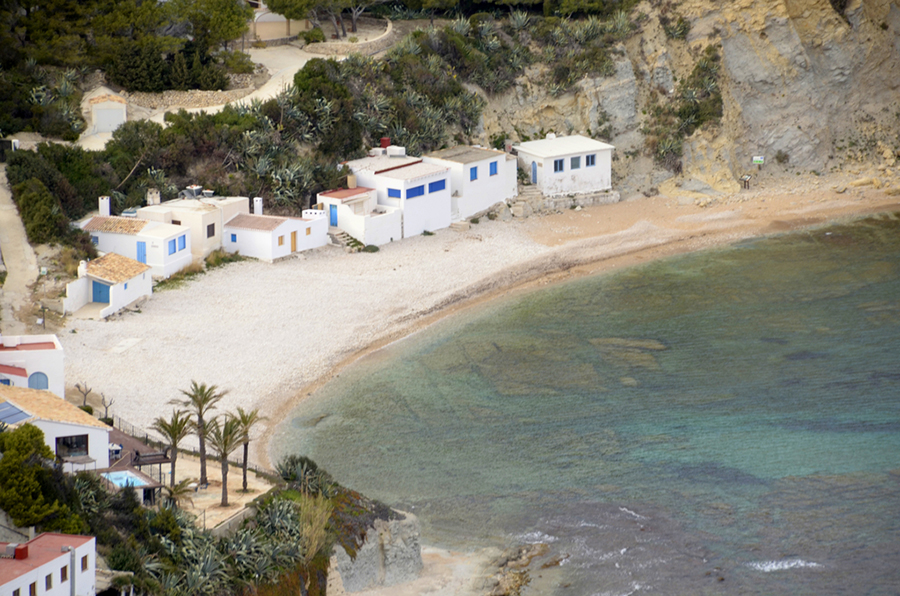 Characterized and known above all for being a nudist cove, Cala Ambolo offers an unparalleled landscape. A virgin cove with clear and calm waters, with a medium-low occupancy rate.

On certain occasions the beach is closed to the public due to the risk of rocks falling from the cliffs that surround it.

It is a paradisiacal and unique place, spectacular to enjoy a day of true pleasure. 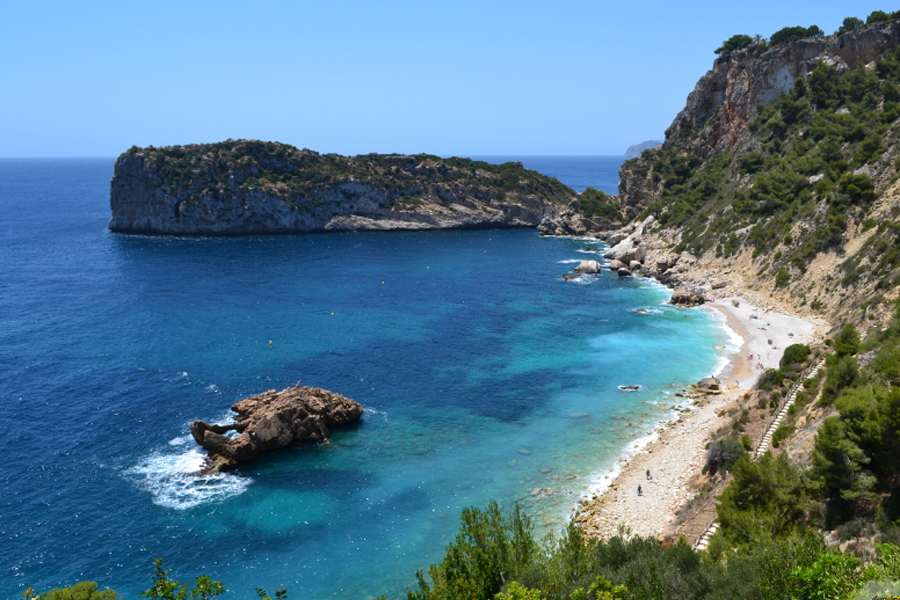 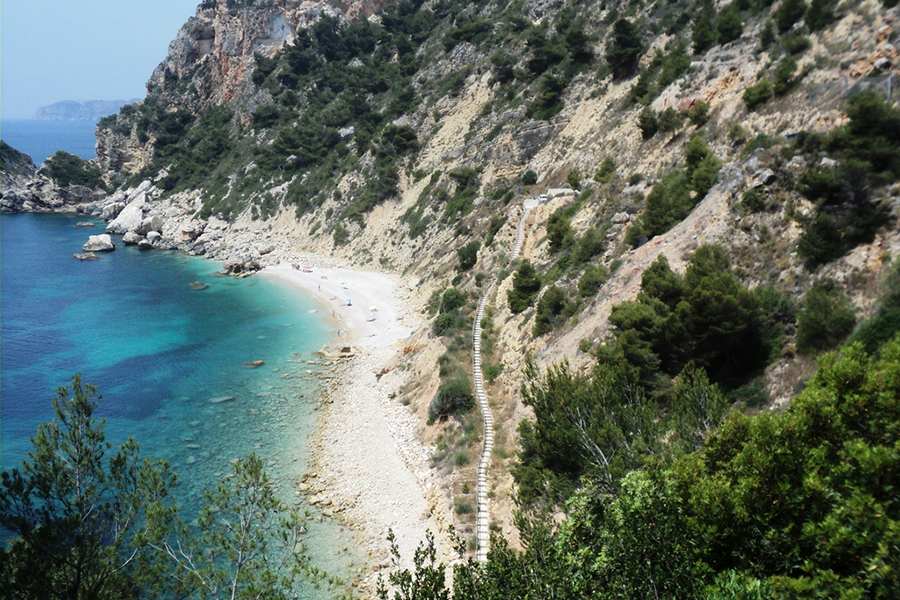 Natural cove with a beautiful environment almost virgin, ideal for the practice of water sports especially diving and scuba diving. It can be accessed by car which makes it very frequented by visitors. From there begins a beautiful route on foot to the castle of Granadella.

It is one of the most beautiful and preferred in the area because it is protected from the sea by two land breakwaters towards the sea which give it a shell shape.  It is an obligatory visit.